Constantine Alexander (Con) Popov was one of the few figures of the Australian crane industry who made an impact not only on the local market but also internationally.

A practical measure of Con’s standing in the Australian industry is that for many of pioneering crane hire companies, previously used to building their own cranes, the C.A.P. (named after Con’s initials) was the first commercially available crane that convinced them to move away from manufacturing for themselves.

Con studied engineering at Harbin, a Russian university situated in China near the Russian border, and later studied at Stanford. Early in his career he worked on major civil engineering projects such as the Chien Tang River Bridge, completed in 1937.

He had a substantial business that operated factories employing hundreds of people, represented British engineers Babcock & Wilcox, consulted to Texaco Oil, and was president of the British Institute of Engineers in Shanghai.

Upon migrating to Australia in 1952, Con purchased a small boiler making shop in Bankstown. Due to a downturn in business, he began looking around for other opportunities and he thought there might be a market for a small hydraulic single-extension back end truck crane.

The crane was completed to his satisfaction by 1954, and was displayed in front of the factory in the hope that it might attract the attention of a prospective buyer. (Con was primarily an engineer, rather than a marketer!) The machine stood idle for a year until an offer was made and the brand C.A.P. was born.

Growth was slow, design work commenced on a crane with a multi-stage powered boom in 1959, with the first LM6 completed the following year, but the first sale was not made until 1961, after it finally received approval from the Department of Labour and Industry. The magnitude of the design achievement of the multi-stage hydraulic boom was probably not appreciated at the time.

Con’s son Alex, who worked in the business for a time before becoming recognised internationally as an architect, travelled to Europe in 1965, and it was there that people at Demag and Potain were amazed by photos of the LM6. They had not previously seen a multiple-stage hydraulic crane, and did not believe that this could be developed in Australia.

This design was still sufficiently novel in 1966 to win a 'Good Design' award. While several manufacturers showed interest in the design, leading to discussions about licensing agreements to allow manufacture overseas, Con decided to retain control in Australia, and later Contracting Plant took on distributorship in Australia.

Con had a close relationship with Frank Clarke Junior of Clarke Mobile Cranes in Victoria and advances in sizes of machines, and the introduction of outriggers, can be attributed to discussions between Con and Frank. Con Popov, along with Eric Favelle (Favco tower cranes) and Vern Eck (GCI mobile tower cranes) are regarded as the great crane design minds of that era.

The 18-ton LM18 truck crane, developed shortly before Con sold the business to Industrial Engineering Limited in 1967, was an engineering masterpiece for its time. While truck cranes were the mainstay of the business, a wide variety of cranes were built to suit particular needs, and Con enjoyed the challenge of developing new solutions to problems posed to him.

A lifetime of contribution

Despite the demands of his business, Con was active in industry matters and he was a long-term president of the Crane, Hoist and Lifting Appliance Manufacturers’ Association. By the time Con retired, C.A.P. had made well over a thousand cranes, with annual production in 1966 and 1967 of nearly 100 units. Con kept a low profile for many years, in the modest but mistaken belief that the industry would not have any interest in him after his retirement from crane manufacture. After being invited, Con started to attend meetings of the New South Wales Crane Association and he also delivered a talk at the 1990 National Crane Conference in Canberra, and an excerpt from this speech continues to appear in publicity for the crane awards. Con passed away in June 1997, at the age of 87. 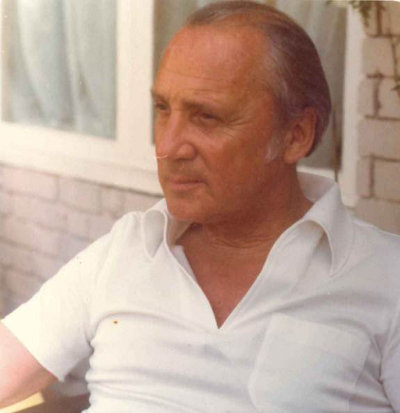